How To Sew A Button - Sew My Place
≡ Menu

How To Sew A Button 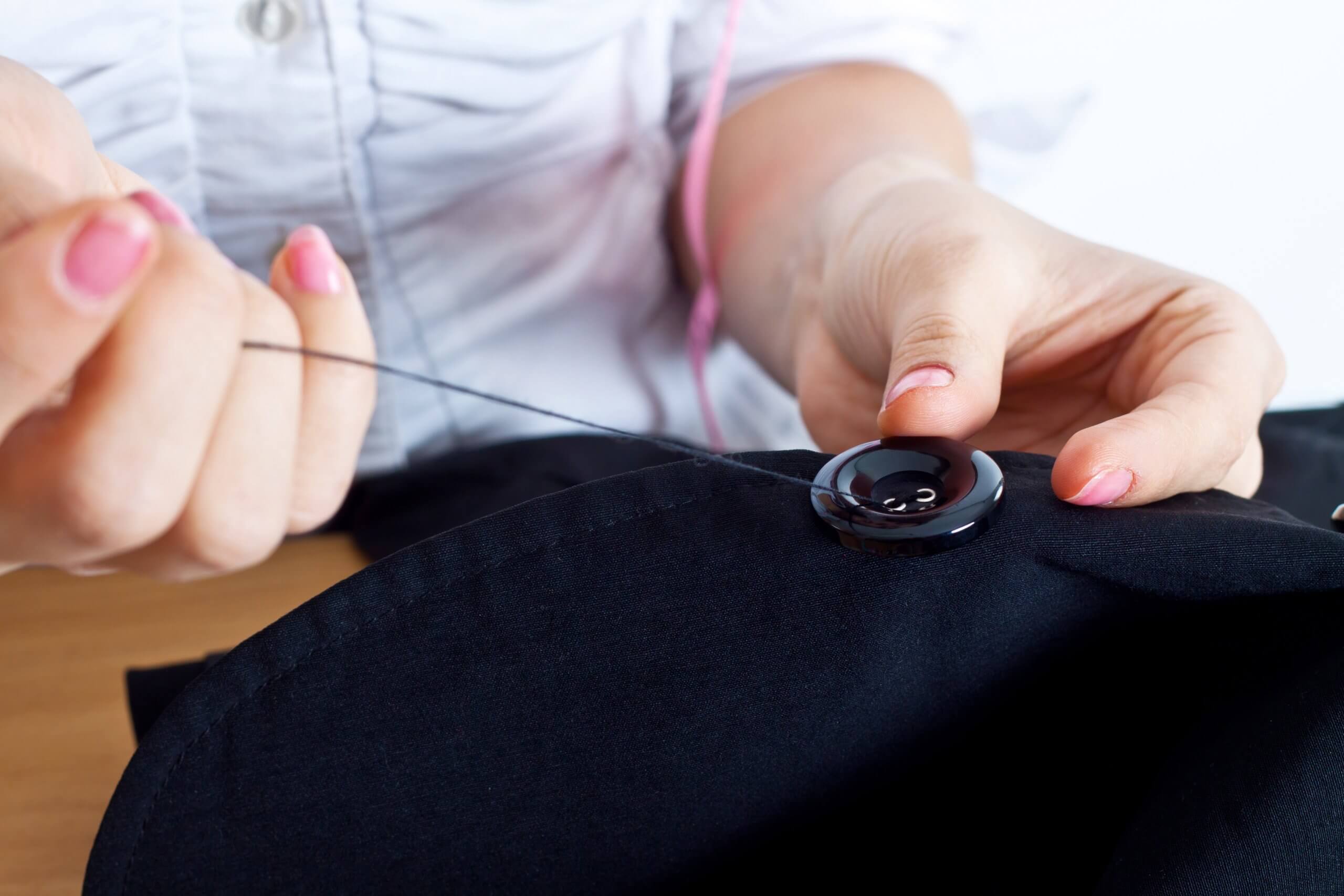 Sewing is a timeless skill that has been perfected over the years. Just take a walk though any home décor store and you’ll see countless hints of sewing in the fabrics, styles, and textures on display. If you want to learn how to sew a button like a pro, you’ve come to the right place. Here, we’ll list all the tools needed and provide tips and techniques necessary to learn this fundamental sewing skill. 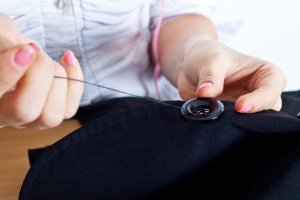 The flat buttons are typically manufactured in plastic or metal with 2 or 4 holes to sew the button onto the fabric. These buttons can be sewn on by sewing machines using a speciality foot to hold it in place. Buttons are usually flat with holes and have specific measurements. A traditional men’s shirt will use different button sizes on the collar, cuff, and down the front of the shirt.

Shank buttons don’t need holes through the top because they have threads underneath. These are used to sew them onto a garment. A shank button is like a regular flat button, except that it has a shank (a length of thread or wire) attached to the back. This allows the button to stand away from the fabric, creating space for stitching decorative details in the buttonhole area. An elegant decorative button attached to a specifically designed shank and backing, the shank button is one of the most common buttons used in sewing.

Stud buttons can be used for a variety of purposes and are often included on clothing, especially jeans. Studs have also been used on clothing with a more rugged texture or to add accents. There are even specialized studs that can be used to provide a more professional look to certain home or business products.

Created in an elongated oval with two holes in the center, toggle buttons are made to be both functional and fashionable. Toggle buttons are comprised of a loop as its fastener and button at the front. Toggles are a traditional fastener used to keep clothing closed. They are commonly used on duffel jackets and other garments with thick material.

Buttons are used as embellishments in clothing. Buttons are mostly decorative, and have very little use in terms of serving a practical function. They can be found where the end user may have difficulty fastening or unfastening it, such as on the cuffs of shirt sleeves or on the jackets and vests to give an already complete outfit an extra touch.

The first step is to cut off the extra button thread. Make sure you cut the thread on an angle with scissors, this way it will be easier to secure your stitches. After you tie the first knot, take the thread and wrap it around the button itself. Wrap it twice, so the threads are even, then tie a second knot. A 12-inch long thread should be enough to do this. Some people suggest using a dab of glue or a few drops of super glue to make sure the button stays secure. We say, don’t do that. There’s really no reason to go that far when you have a better option at hand. A piece of thread can do almost the same thing, and it will last much longer.

To start, you’ll want to place a pin where you’d like your button to be. Make a buttonhole the right size for your button by folding over a scrap of fabric the same weight as the garment you’re working on. Mark this with an ink fabric pen then cut a slit with scissors.

When preparing to start sewing on buttons, place the anchor “X” onto the fabric. Then pass the needle through from the back of the fabric, into the first button hole.

4-Hole and Shank buttons are sewing buttons. 4-Hole buttons have a 4-hole that lets them be embedded into the fabric. Shank button have a shank, a fastener to provide stability and to relieve strain on stitching.Create a shank point by inserting a toothpick in between the stitches under the button.

First, cut your thread to the desired length so that it will end up the right size. Slack off an extra few inches of thread and make a small knot on the back side of the fabric. It should be in a spot where you’ll be able to hide it in the seam later on.

Wrap the thread around the base of the button, covering at least an eighth of an inch with thread. Pass the needle exactly over the starting point of this wrap.

Sewing on a button is one of the first sewing skills most people learn. It’s easy to master and can help you feel more confident, less dependent on clothing stores for low-cost repairs, and better prepared to manage your own wardrobe.

Next post: Everything You Need to know About Handheld Sewing Machines