Sewing Organizations Of America: One Way to Connect with Other Sewers - Sew My Place
≡ Menu

Sewing Organizations Of America: One Way to Connect with Other Sewers 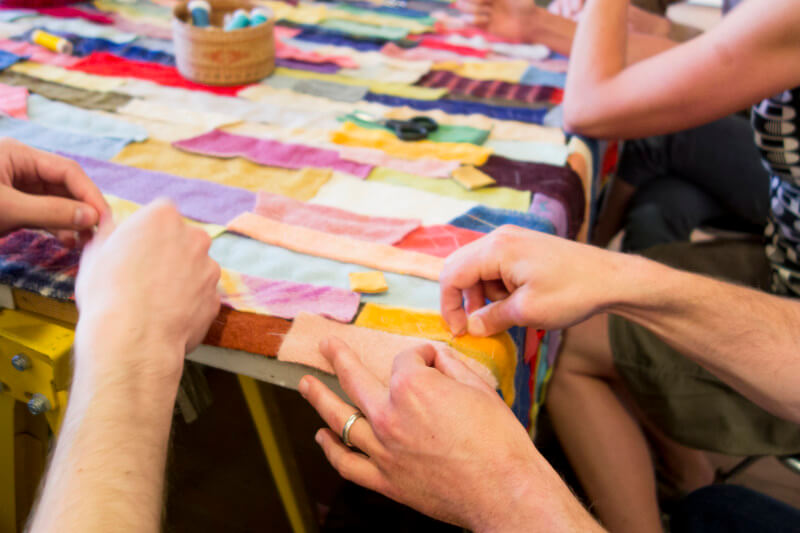 One of the most rewarding aspects of sewing is interacting with others who love to sew. Through them, you can pick up valuable tips and learn about new techniques. You can plan sewing projects with your circle of sewing friends, and have a blast working on them together. And nothing beats talking about sewing with someone who enjoys it as much as you do.

But what if you don’t know anyone else who likes to sew? In fact, what if you’re the only one you know who even owns a sewing machine?

Never fear. There’s a way for you to meet others who are as enthusiastic about sewing as you are. All you have to do is join a sewing organization. Through a sewing organization, you can meet plenty of other sewers in your area. Many organizations also hold sewing events, like conferences, seminars and workshops.

The American Sewing Guild is a national organization dedicated to spreading the word about sewing. Anyone with an interest in sewing can join, no matter what their skill level. There’s a good chance there is a local ASG chapter in your city and, as a member, you would regularly meet with other sewing enthusiasts in your area.

The Smocking Arts Guild of America

First of all, what is “smocking?” Put simply, it’s a name used to describe several different kinds of embroidery, which is itself a form of decorative sewing. And SAGA is dedicated to preserving and advancing this art form.

Despite the name, the Smocking Arts Guild of America (or SAGA) is an international organization open to sewing enthusiasts of all ages, backgrounds and skill levels. If you’re interested in “needle arts” like smocking and heirloom sewing, SAGA might be the sewing organization for you.

There are many benefits to joining SAGA, including access to expert instruction. Members can make contact with others who share their interest, attend conventions, and learn new smocking techniques. They also receive a quarterly magazine called the SAGANews, which is filled with tips, patterns, and new ideas.

If you are interested in joining the Smocking Arts Guild of America, there just might be a chapter in your area. Even if there isn’t, you can still join the community, and start enjoying the benefits of being a member.

The driving mission behind the Sewing & Craft Alliance (or SCA) is to promote sewing, crafting and quilting as a creative way to relax and have fun.

If you aren’t interested in joining a sewing organization like the American Sewing Guild or the Smocking Arts Guild of America just yet, the SCA might be perfect for you. You don’t have to join the SCA, or pay a membership fee. Instead, you simply sign up for their monthly newsletter, called SEWlutions. It is filled with articles written by expert sewers, designed to teach you the ins-and-outs of the sewing arts.

If quilting is your passion, check out the American Quilter’s Society. The AQS is a membership organization open to quilt makers and collectors. They also publish several quilting books and magazines, and produce a quilting television show called The American Quilter.

Along with providing quilting instruction to members, they also conduct four annual quilt shows and contests, which are attended by thousands of quilting enthusiasts every year.

You don’t have to be a member of the American Quilter’s Society to enjoy the benefits and resources of this organization. However, members receive discounts on AQS publications, quilt show attendance fees, and contest entry fees. Members can also receive discounts from retailers within the sewing industry.

The Embroiderers’ Guild of America

If you love embroidery, then you might be interested in joining the Embroiderers’ Guild of America. The EGA is a non-profit, national organization devoted to preserving the art of embroidery. The EGA is open to anyone with an interest in this form of needlework, and there are local chapters located throughout the country. If there is no local chapter in your area, you can still enjoy the benefits of joining the EGA thanks to their member-at-large network.

Are you interested in meeting other sewers? Joining a sewing organization will help you do just that, and much, much more.

Next post: 10 Great Gifts for the Sewer in Your Life