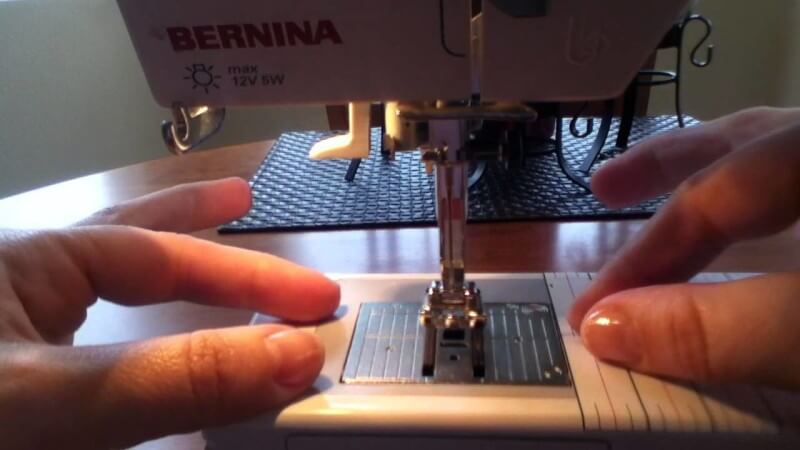 Sewing is a fun and relaxing way to express your creativity. It’s also an activity that involves a lot of sharp, pointy objects that can be dangerous if not handled with care.

Here are some tips that will help you avoid the most common sewing dangers.

Keep Sharp Objects Away from Your Mouth

You’ve probably seen the image in countless movies and TV shows. A busy fashion designer is working feverishly in her studio, eyes bright with creative fire. She has pencils sticking out of her hair, measuring tape hanging from her neck, and a half dozen straight pins sticking out of her mouth.

This is something you should never do. Yes, your mouth can seem like a convenient “holding area” when your hands are busy. But imagine tripping with those pins or needles in your mouth. It isn’t a pretty picture, is it?

Pins and needles go in pin cushions. For the sake of convenience, buy a pin cushion that you can wear on your wrist.

The best fabric scissors and sewing shears are razor sharp. But the sharper something is, the more dangerous it can be. So here are some scissor safety tips.

It’s much too easy to get into the habit of dropping scissors into your lap when you’re not through with them. But, do this often enough, and it’s just a matter of time before you stab yourself in the thigh.

Instead, when you’re not using your scissors, drop them into a container with the blades down. This way you don’t have to worry about getting distracted and grabbing the scissors at the wrong end.

If you absolutely have to set your scissors down on a flat surface, make sure the blades are closed, and the scissors aren’t in a position where they could easily get knocked onto the floor. And, when you go to pick up the scissors, pay attention to what you’re doing.

Finally, handing scissors to someone else blades first can lead to mishaps, especially if one of you isn’t really paying attention. Instead, hand the scissors over handle first.

Your Mood Makes a Difference

Many people use sewing as a stress reliever. If they are upset, angry, or sad, they might turn to their sewing machine to make themselves feel better.

The problem with this is that if you are preoccupied and upset, you might not pay the strictest attention to what you’re doing. And, in the sewing room, any kind of distraction can lead to a mishap. But that’s not the only “danger.” Being upset, preoccupied or sleepy while trying to sew can lead to crooked cuts, messy stitches, and a finished project that either needs to be tossed out or redone.

This doesn’t mean you absolutely can’t work on a sewing project if you’re upset, preoccupied or tired. However, stick with doing things that don’t require much focus, at least until you feel more attentive and awake.

If you’re like many, you probably have the kids in the sewing room with you while you work, so you can keep an eye on them. If a young child is going to be crawling or toddling around your sewing room, make sure there’s nothing potentially dangerous within their reach.

You should also check the floor for pins, needles, buttons, and so on. You’ll be amazed what kinds can end up on the floor without you even noticing.

If you don’t have a dedicated sewing room, don’t leave sewing supplies lying around the house, even for a minute. Keep your sewing kit in a place where the kids can’t get to it. And, even then, it’s a good idea to use a sewing box young children would have a hard time getting into.

While the above tips are some of the biggies, there are a few more sewing safety tips you should keep in mind.

Previous post: 12 Things That Need to Be In Your Hand Sewing Kit